Discover the spectacular Ordesa and Monte Perdido National Park and the beautiful localities of its surroundings: Torla, Broto and Aínsa medieval village.

Ordesa National Park and Monte Perdido created in 1918 for the Ordesa Valley, and in 1982 an extension was made to the three valleys, that besides Ordesa, form the massif of Monte Perdido: Pineta valley, Escuaín ravine and Añisclo canyon, currently occupying an area of 15,608 hectares. Each of the four valleys is different and has its own peculiarities. The massif of Monte Perdido is a limestone formation and its three major peaks, are known as the Three Sorores or Treserols, of which Cylinder peak (3328 m) is the Northwestern, Monte Perdido (3,355 m) and Soum de Ramond peak (3,263 m).

The park is located in the Aragonese Pyrenees, in the region of Sobrarbe in the province of Huesca, bordered to the north by the Pyrénées National Park in France. Its territory belongs to the municipalities of Torla, Puértolas, Fanlo, Tella-Sin, Bielsa and Broto that has territory in the catchment area of the park. 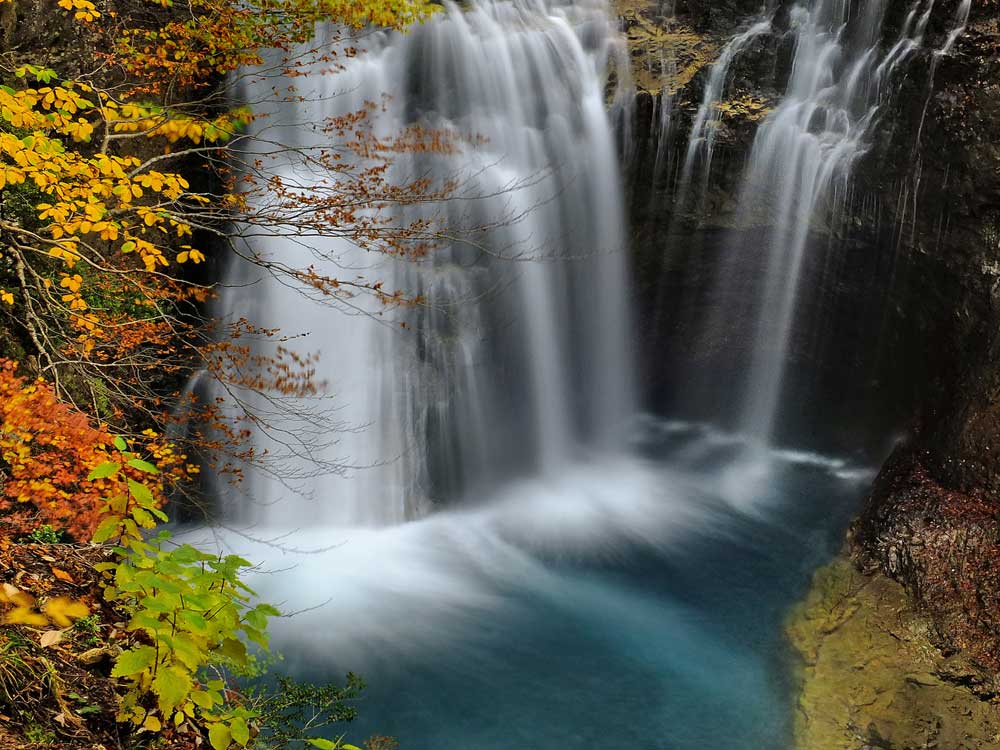 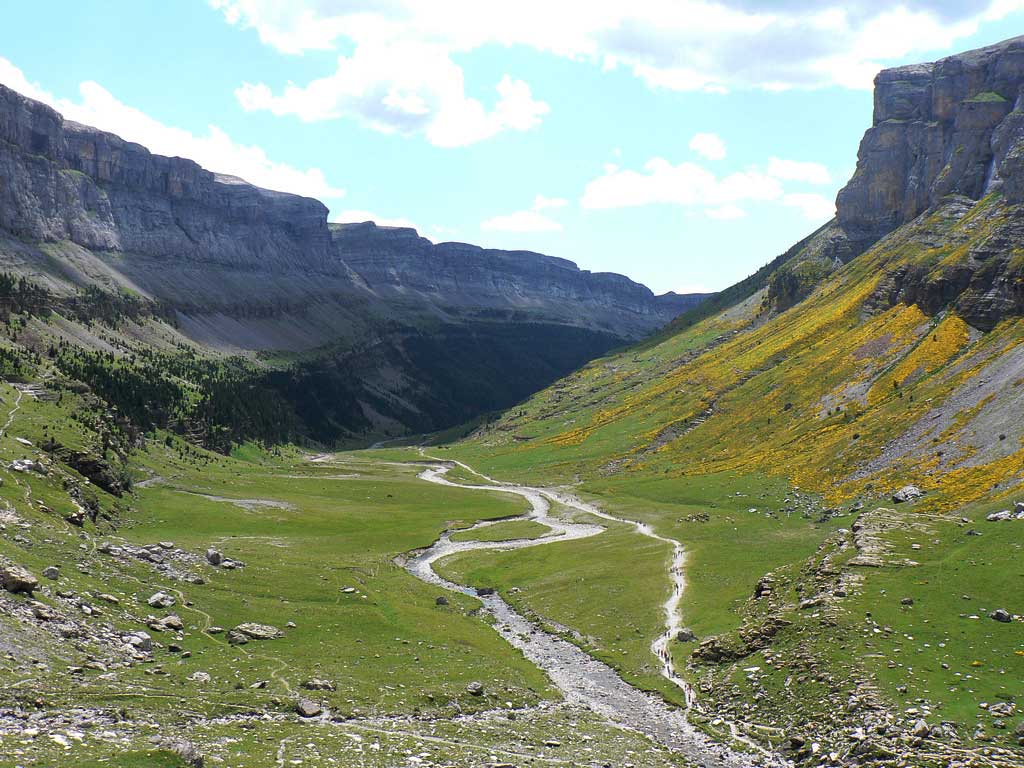 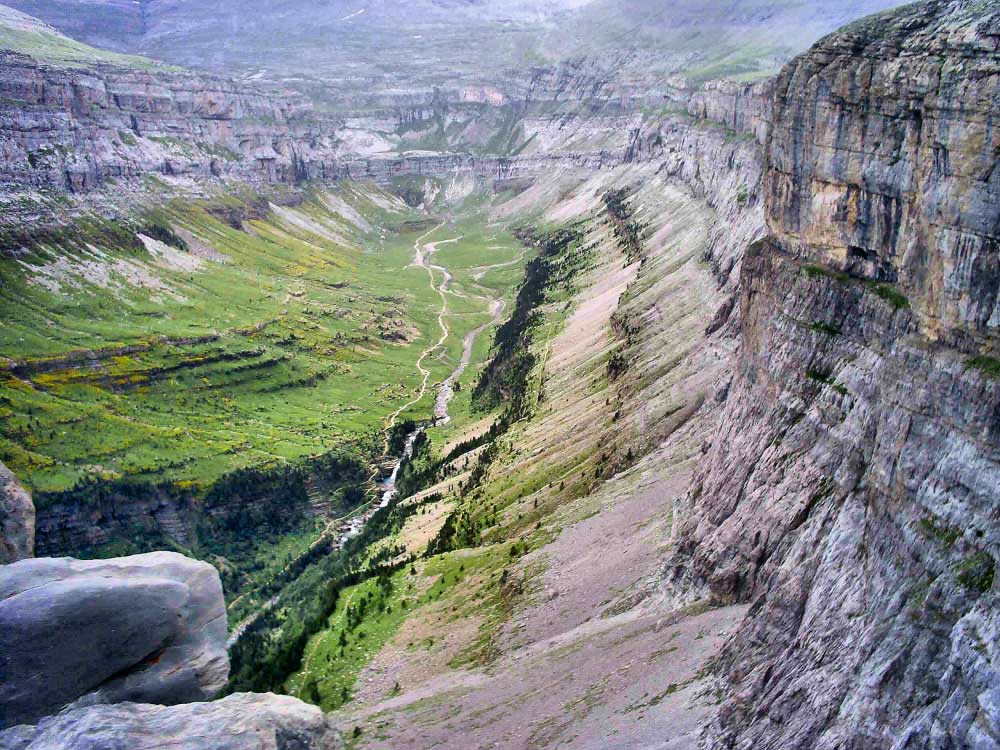 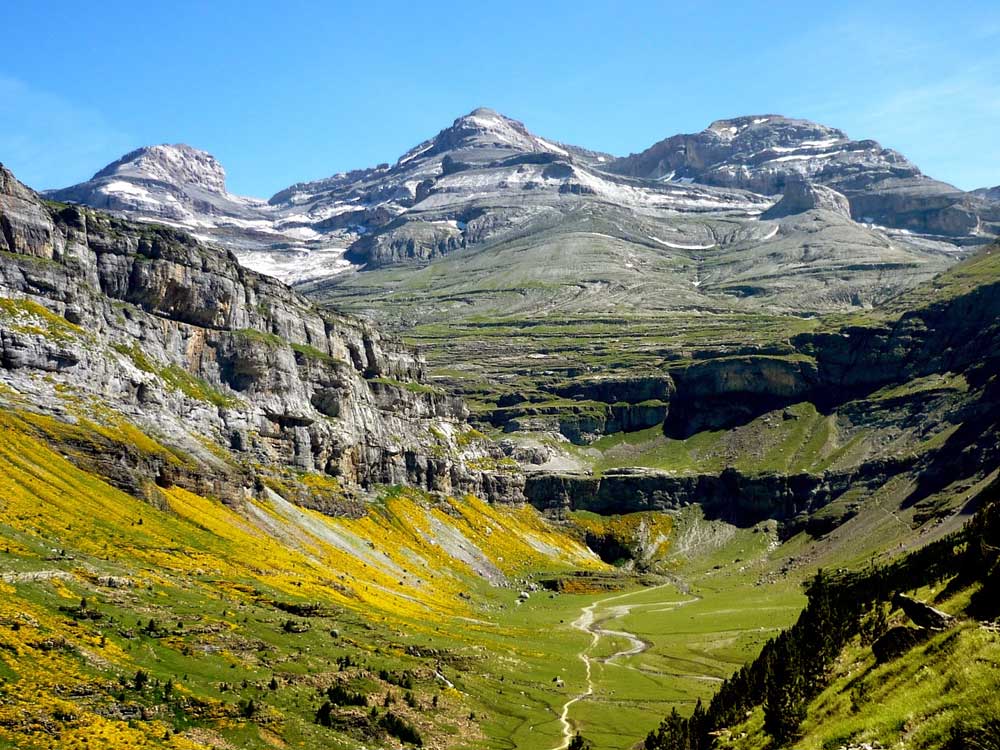 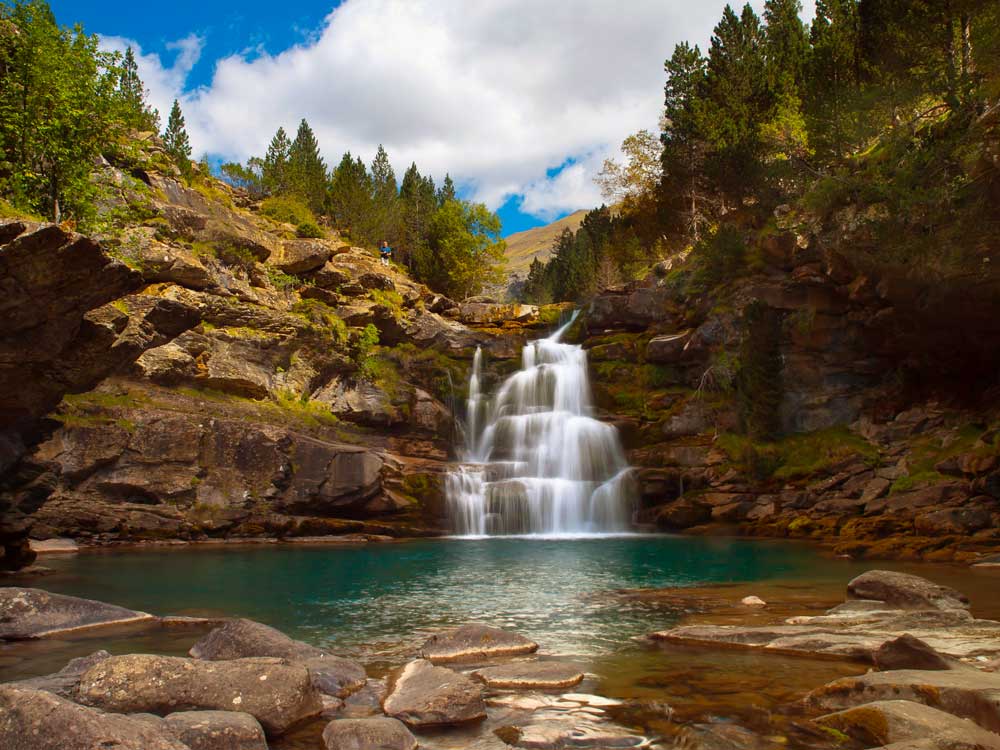 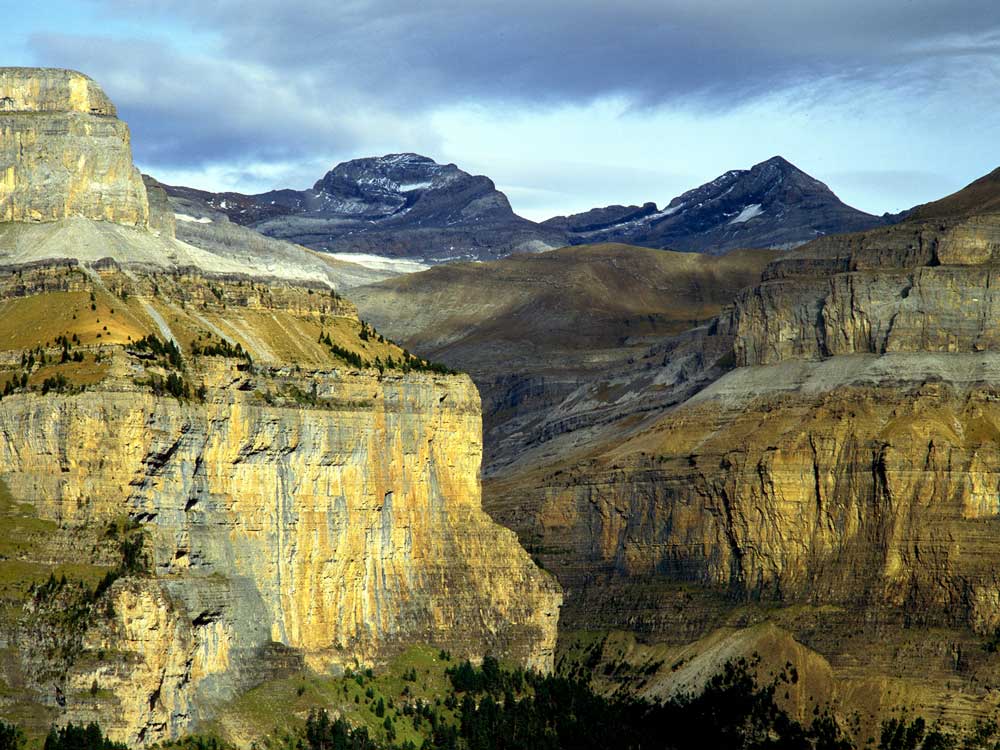 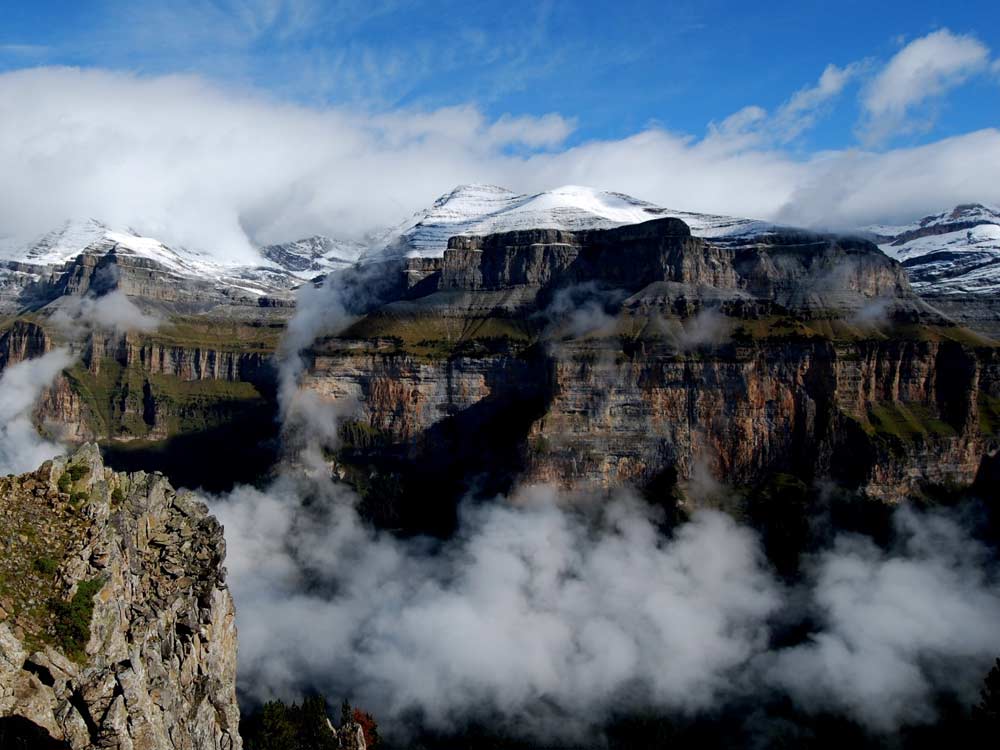 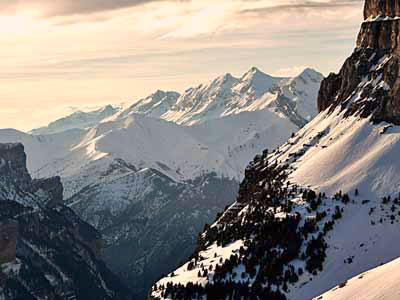 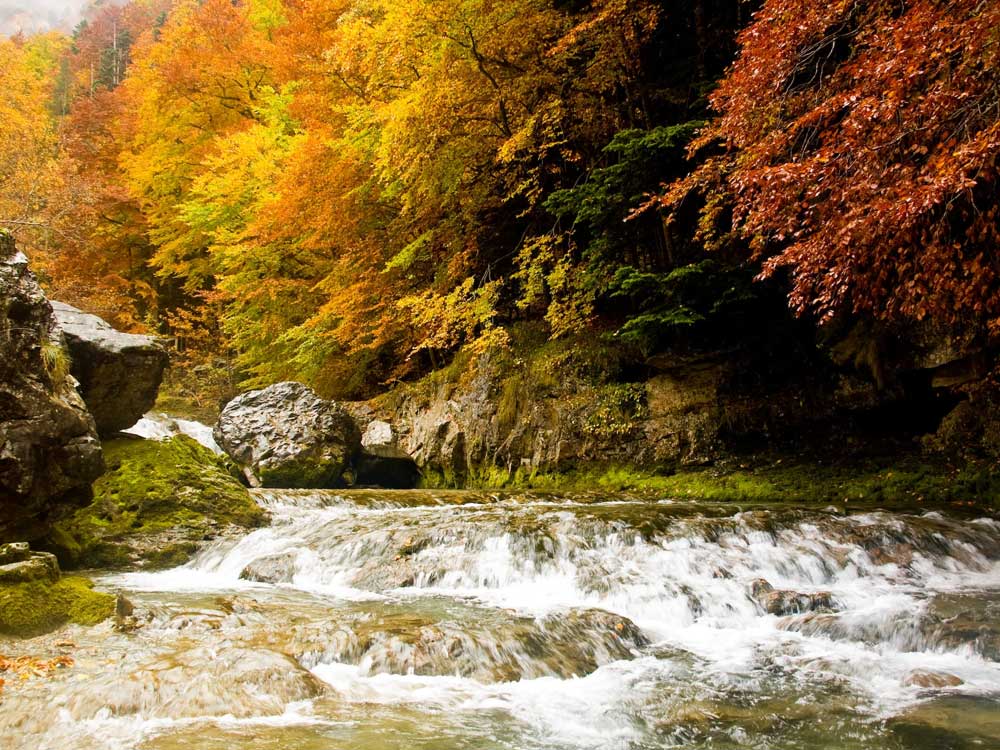 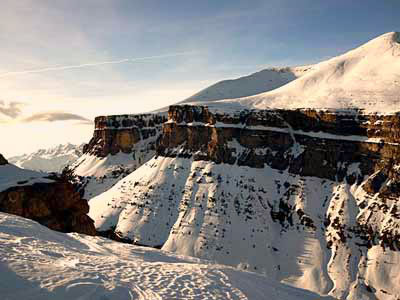 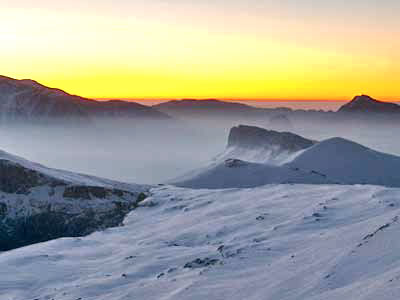 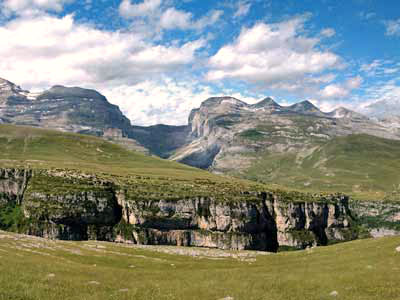 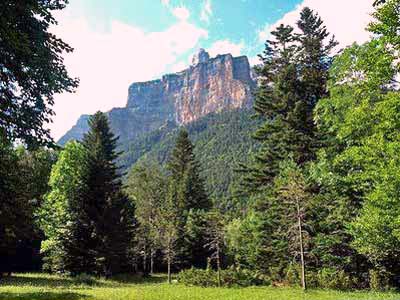 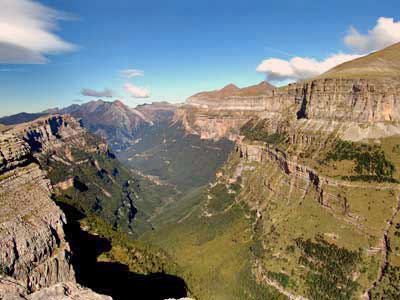